When planning our trip to Dubai, Rik, Justin, Van and myself had a Whatsapp group where we’d chat, plan and get excited about the upcoming trip. Ok when I say plan I mean Vanessa and I would discuss details like visa requirements and so on and so forth whereas the boys would send joke pics and generally add the entertainment factor. I think I have mentioned this before when I say I didn’t really do much research about Dubai itself. I mean I read a couple of articles and saw some of the recommended things to do, but I was just going with my gut and laying caution to the wind and doing whatever came along the way. What this resulted in was one of the BEST holidays I’ve ever had, with one heck of a lot of firsts being achieved.

One morning I got a Whatapp message from Van on the group asking if we wanted her to get tickets for the Burj Khalifa. Since it was early morning and I was in a rush on the way to work I immediately said “of course we do” – without realising what exactly I was getting myself into. Rik by the same token who is game for anything also put his hand up. Tickets were booked, Van managed to get us some great discounts as well, and then I had the notion to look at what exactly we were doing. My stomach plummeted to the floor, why because I am deathly afraid of heights (which it turns out so is Rik) and we had just voluntarily decided to pay to go up to the top of the tallest building in the world. What the peckle were we thinking? But too late to turn back. 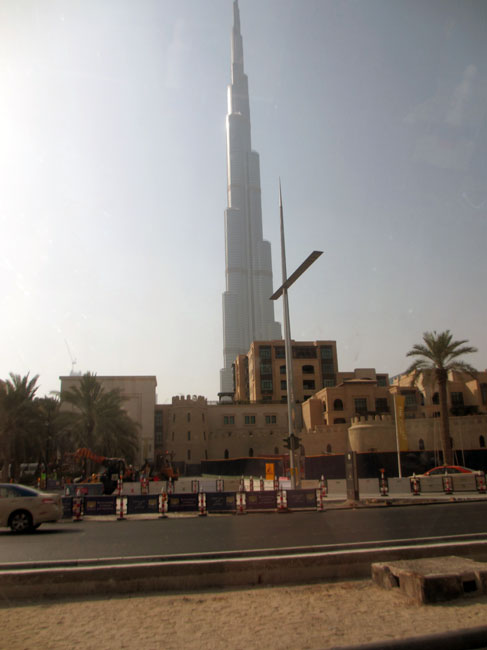 I was pretty stressed about this, especially when I saw the building for real. I told Rik he just needed to hold on to me tightly. Let me just run through what makes this building so impressive. The building is over 828 metres in height with 160 stories, it is the tallest free-standing structure in the world, an elevator with the longest travel distance (which gets you to where you want to be in less than a minute, block your nose and blow because your ears WILL pop). See wouldn’t panic set in on you too. Ok so you only go up to the 124th floors but that is 120 floors more than the block I live in. Scary!! 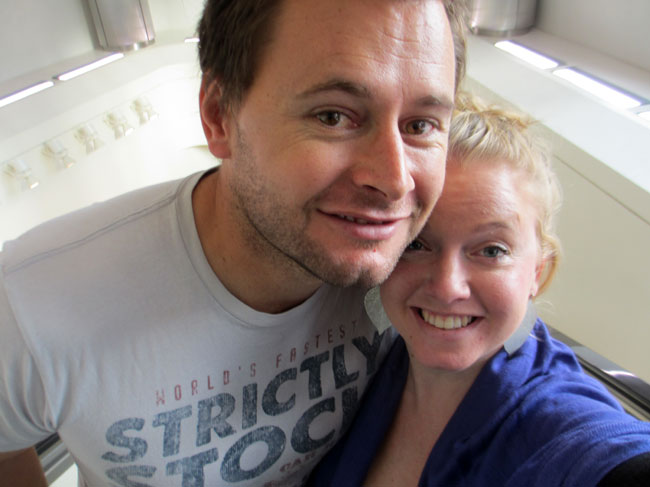 We got there and put on brave faces (or not so much judging by the pic above), oh and let me mention at this point at that Dubai in the height of summer is HOT. Think wall of heat and then double that, at least it was an excuse for stress sweat. Teehee. But back to the top. The lift was quick, the whole set up slick and then we were On Top Of The World before we knew it. Stepping out onto that viewing deck was just something that needed to be done and the rewards were well worth it. We got to see the most incredible views of a very interesting city. The whole experience was quite magical and something I am now in hindsight (which is an exact science) rather glad that I did. Rik and I faced our fears and now I think we can do anything. 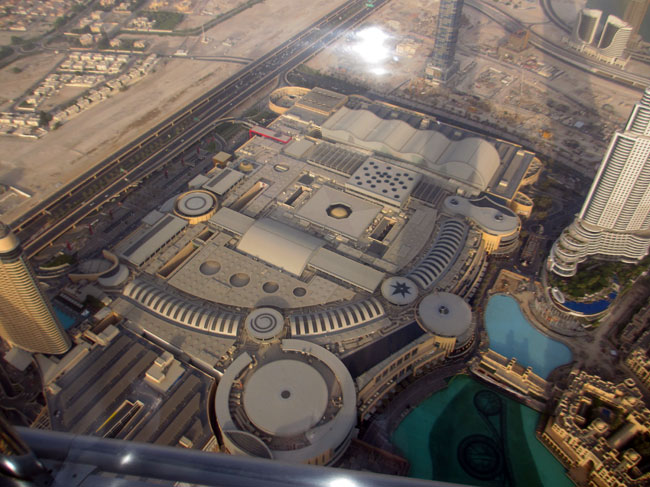 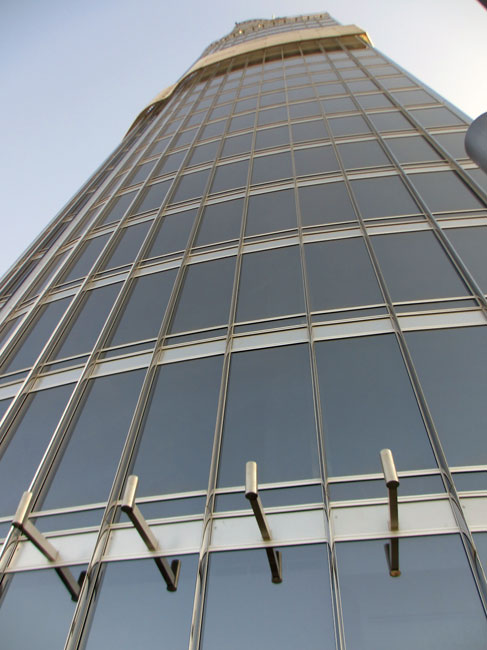 Tell me, have you been to the top of the world? I’d love to know what you thought. Happy times and what a fantastic start to an incredible holiday. Thank you Van for being organised and arranging this for us. PS if you’re going to visit and want to do this trip, prebook your tickets online – you will save a bundle of dosh. 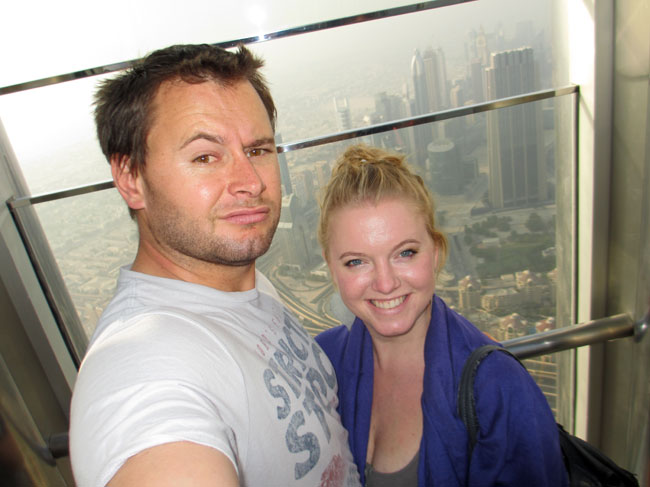 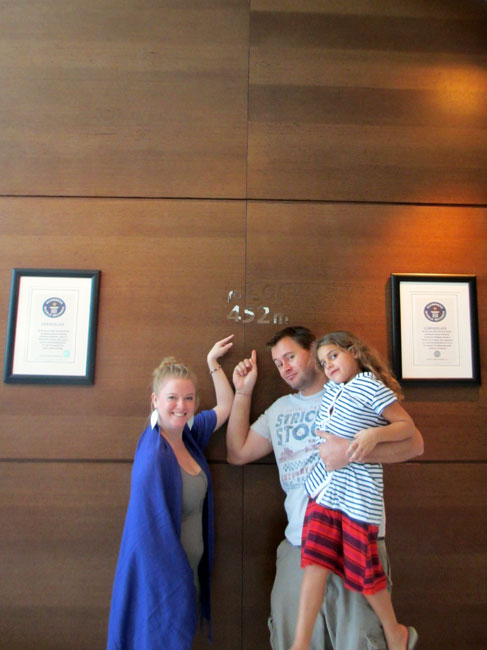